Over two million people followed Kurir’s coverage of the election night, whether by watching Kurir Television, visiting Kurir.rs, or reading the Kurir daily. This success confirms that Kurir Television’s show “America Chooses – 2020” has set new standards in television reporting, in tune with the global trends. 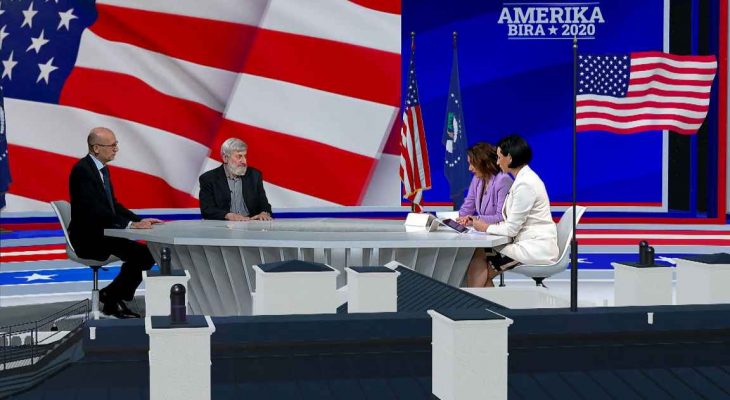 With 12 hours of live broadcasting, hourly direct reports from New York, the state-of-the-art virtual studio, 27 stories, 15 guests, and tens of associates and correspondents, there is no question that Kurir Television’s broadcast was highly demanding, setting new rules of reporting on the election night.

The “America Chooses – 2020” special, dedicated to the U.S. presidential elections, was broadcast in line with the state-of-the-art practice: on the election night, from 10 p.m. until the morning, the latest information from election headquarters and TV studios poured in by the minute, with the modern graphics providing the finishing touches. The Kurir Television crew was monitoring and reporting in real time on federal state results, with our reporter from New York joining the broadcast live, and our colleagues at the news desk analysing the latest data with eminent experts and guests and discussing how the election results could affect the world in which we live.

We are grateful to you for being with us during the U.S. election night! Keep following Kurir!