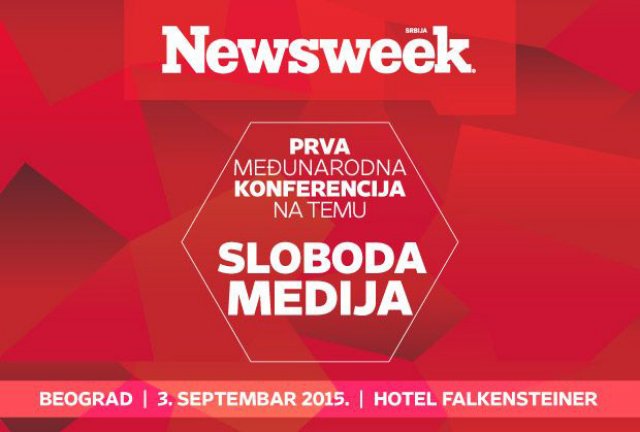 Conference will be held at Falkensteiner Hotel on December 3rd from 10 to 18h. On seven panels there will be more then 20 journalists and experts from Europe, USA and countries from the region

Newsweek magazine and Adrie Media Group are organizing international ‘Freedom of the Media’ conference, which will be held at Falkensteiner Hotel Belgrade on December 3rd from 10 to 18h.

1. How much impact did WikiLeaks have in the World?
2. Challenges of investigative journalism
3. Michael Montgomery: Lessons I learned in the Balkans – from Cuški tragedy to “Žuta kuća (Yellow house)”
4. The limits of Media freedom
5. Television in the region – a view from the inside and the outside
6. Independent bodies and freedom of the press
7. Regional media – from printing press to the Internet
At the conference there will be more then 20 journalists and experts from Europe, USA and countries from the region:

We believe that without freedom of speech, there can’t be democratic and free society. In recent years, there has been alarming increase in attacks on the journalists. Applying violence over journalists is direct attack on freedom of speech and basic standards of every democratic society. Therefore, countries and their governments need to do all they can in order to enable media personal work without any fear of political, economical and criminal threats. Obligation of every responsible government is to encourage critical thinking and to guarantee respect for basic human rights and freedom.

Special focus of the conference will be on investigative journalism and will be discussed by some of the most respected journalists in the world. Courageous and unbiased reporting is one of the key points in the process of creating professional media space. What is its relevance is to society shows the fact that, although it often requires great courage and professional skills, it restores confidence in free and fair reporting.

Official languages of the conference are English and Serbian
If you are interested, please confirm your attendance on e-mail: