Petar Jeremić, one-time chairman of the Executive Committee of the Journalists’ Association of Serbia and former member of the Press Council, has been the ethical standards manager at Adria Media Group since April. While this is common practice in leading media outlets around the world, it is the first time for a media company in Serbia to hire an expert to improve compliance with ethical standards. 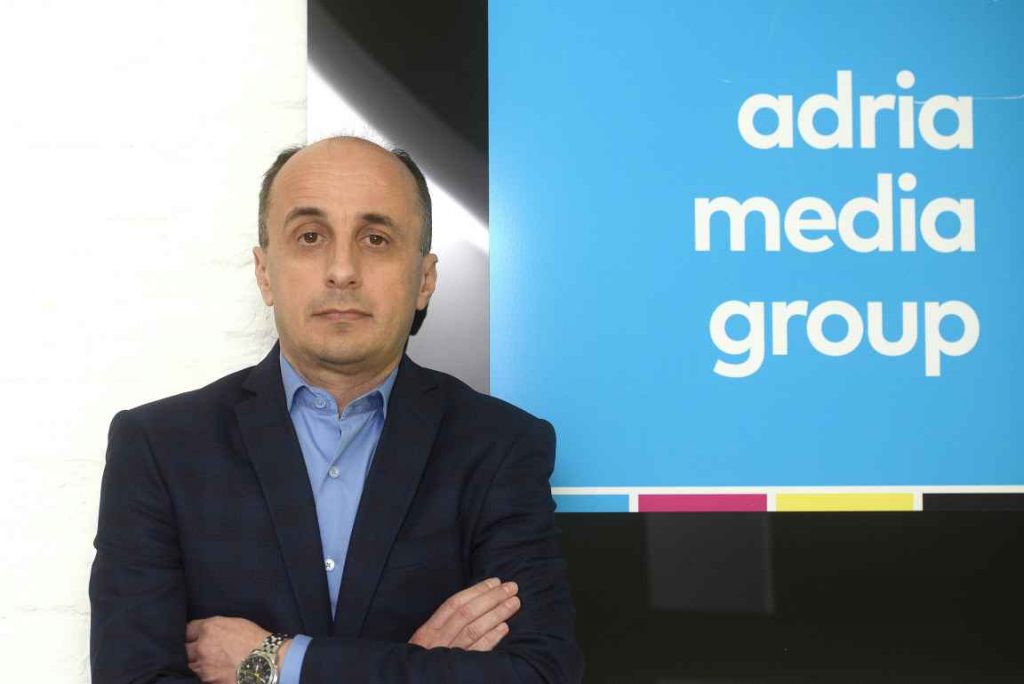 “Indeed, it is common practice in leading global media outlets. The post of standards editor or news ombudsman is also quite prominent. We are the first to introduce the post of ethical standards manager in Serbia. What’s interesting is that, when people hear what I do, their first thought is that I’m supposed to change Kurir’s editorial policy. But the point is actually this: Kurir is a tabloid and will remain a tabloid. It has its editorial policy and, as a manager, I am not allowed to change it, nor do I want to. My task is to help my fellow reporters and editors to maintain an authentic voice while complying with ethical standards. My job is to ensure standards are established which the reporters and editors would adhere to, rather than actually editing the newspaper – something I would do to an extent if we had introduced the post of standards editor. Many people don’t understand this, or don’t want to understand it, so they assume they have the right to assess others’ work without knowing anything about it. I am pleased to be able to say that we already have tangible results, but some choose to ignore them. The old image still haunts us, and the media outlets keep tendentiously bringing up the number of our past infractions, which overshadows the significant progress we have made in the past few months,” Jeremić said.

Adria Media Group is actively involved in improving quality in all its business segments. Hiring you speaks to the determination to leave behind the legacy putting Kurir in the group of media outlets with a large number of Code violations. How did you decide to accept the offer of becoming the first ethical standards manager at a Serbian media company, and have your expectations been met?

“To me, it was a professional challenge. After eight years setting up the Press Council, improving it, and participating in its daily operations, I recognized the opportunity to see things from a different perspective and use my experience to help improve the media sphere and the media outlets’ compliance with the Serbian Journalism Code of Ethics. Until now I was most often in a position to criticise non-compliance with the Code, but now I have an opportunity to significantly improve Code compliance.

“As for expectations, I cannot say that I had specific ones. When Adria Media Group offered me to help them improve compliance with ethical standards, we didn’t have a specific idea in mind regarding how to implement that. Ethics isn’t easy to quantify – you can always find yourself in a quandary, or make a mistake. What’s important, however, is to make an effort to rectify any mistakes and improve the ethics. Over time, we have defined the indicators showing us where we are, i.e. whether we are making progress, and I can confirm that I’m pleased with what we have achieved.

“From where I stand, I see things from a different perspective, so I’m a little bothered by the lack of two-way communication with the stakeholders. There’s no doubt that we are willing to rectify the mistakes, but someone should point them out to us before automatically declaring that we are in breach of the professional rules. Part of ethics is that, once someone points out a mistake, you respond by rectifying it. But what happens here is that, as a result of the legacy that you mention, Kurir is persistently dragged back to the place where used to be, although we’re improving with every new day. Sometimes I think that, no matter how much progress we make, facts simply don’t matter to some people. I’m shocked by some official comments that I’ve heard from quarters involved in journalism ethics, because they were based on belief rather than facts. Also, certain ‘fact checkers’, verifying facts for Facebook, don’t call upon the media to start a dialogue, seek cooperation, or promote education. It’s as if the ultimate goal is to identify and enumerate as many infractions as possible, rather than improve the media market through continuous cooperation.”

How do the editorial staff respond to your suggestions? Has there been any pushback, and does it happen that your colleagues don’t take your advice?

“We work as a team. We – the management, colleagues from the editorial staff, and myself – have the same goal. There is no ego, and so far there have been no problems. I think it’s important that the initiative came from the management, and that everyone understands that my role is not to criticise and edit, but to point to a potential problem. We use our record of Code violations to analyse the data, and based on the analysis we work on specific improvements with our colleagues. We think the system is good as our colleagues learn from concrete examples, and the ultimate objective is for me to have less work to do. [laughs]”

Could you clarify what your work process is like?

“My role is primarily educational and consultative. I don’t check all the texts prior to publication as this is not possible due to deadlines. I’m always available for consultations. We use examples from our everyday activities to set the standards for future actions in similar situations. I analyse the published material every day, make a record of mistakes, and explain how to avoid them in the future. We have regular meetings, where we analyse the details. The journalists are increasingly able to identify potentially problematic things themselves, so we consult on this from the initial stages of writing a text.

“I think it’s important to note that I have total independence in my work. It’s in this sense that my post is similar to that of standards editor or news ombudsman at major global media outlets that I mentioned earlier. I keep a written record of my activities, in order to be able to report to the top management – who I had conversations with when I was joining the company.”

To the best of our knowledge, you are the only ethical standards manager in Serbia. Does that mean that there is no need for such a post, or is it due to something entirely different?

“This post is not seen as necessary in Serbia. The media outlets are in an increasingly difficult situation economically, and are forced to jettison whatever they consider unimportant. On the other hand, I think that the view taken by the company that I work for is that investing in improving ethical standards is not an unnecessary cost. It takes a lot of maturity and courage to take such a view at a media outlet, especially when you’re the first to do it. However, I do believe that the results of my work will demonstrate that such a move was justified. I’m convinced that we are slowly but surely moving closer to a significant change in the compliance with professional ethics in our editions. So far the focus has been on Kurir’s print edition, but other editions will follow. Adria Media Group is perceived by the general public mostly in relation to Kurir but, to give credit where credit is due, some of our editions, e.g. National Geographic, are prime examples of compliance with the most stringent professional standards.”