This is an unusual story from State Penitentiary in Nish (Serbia). A story about convicts that worked for seven years with all of their heart on prison church’s reconstruction, that has been built by King Alexander I Karađorđevich back in 1934.

Premiere of “Prison Pray”, the first documentary produced by “Adria Media Group” will be held today, March 5, at 19 pm at the headquarters of the Nis Eparchy. This is a story about people, faith and repentance. 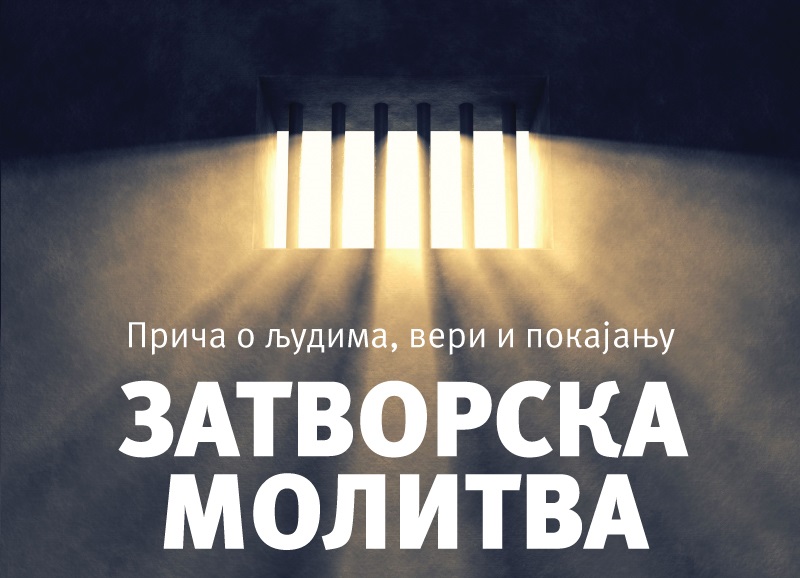 After the WWII this church inside the prison walls changed purposes for decades, and never has been used for prayers. There was a period when church was reorganized as the prison kitchen.

Seven years ago, unbelievable action starts: Prisoners, cartoonists, tattoo artists rebuild the church and painted frescoes on the walls with “their prays and silent battle”, as they say.

Hands of more than 400 convicts (and many of them were not orthodox Christians) gave the new life of this church.

Faces of the people with brutal life stories and redemption that they feel when Serbian Patriarch Irinej blesses their almost totally rebuilt church speaks more than words.

Our first short documentary lasts 19 minutes, and has been directed, written and produced by Miljan Gogich. Movie has been recorded by Antonije Vulovich and Vladimir Zujko; Organizer and Editor of the movie is Andjela Popovich. Montage of the movie has been executed by Branko Maksimovich, while post-production has been realized by Ivan Tanaskovich. Music has been written by Svetislav Bozich, Mihajlo Radovich and Milosh Punishich. Sound engineering is Branko Topalovich.

Teaser for this documentary see below: