The spectacular activations, which were part of a large National Geographic corner, where the audience enthusiastically participated and waited in the long lines for their turn. The main attraction was the activation of weightlessness, where everyone could experience how it feels to be a Martian. The 10th  anniversary of the National Geographic Serbia and Science Festival was marked in an unprecedented way, and in addition to weightlessness, NG made possible to the audience to participate in the VR journey of the Mars landing and walking on the red planet, educated them on 3D printing, prepared a knowledge quiz about Mars and photo activation – transformation into cosmonauts. Sensational activations were the real inspiration for all generations. 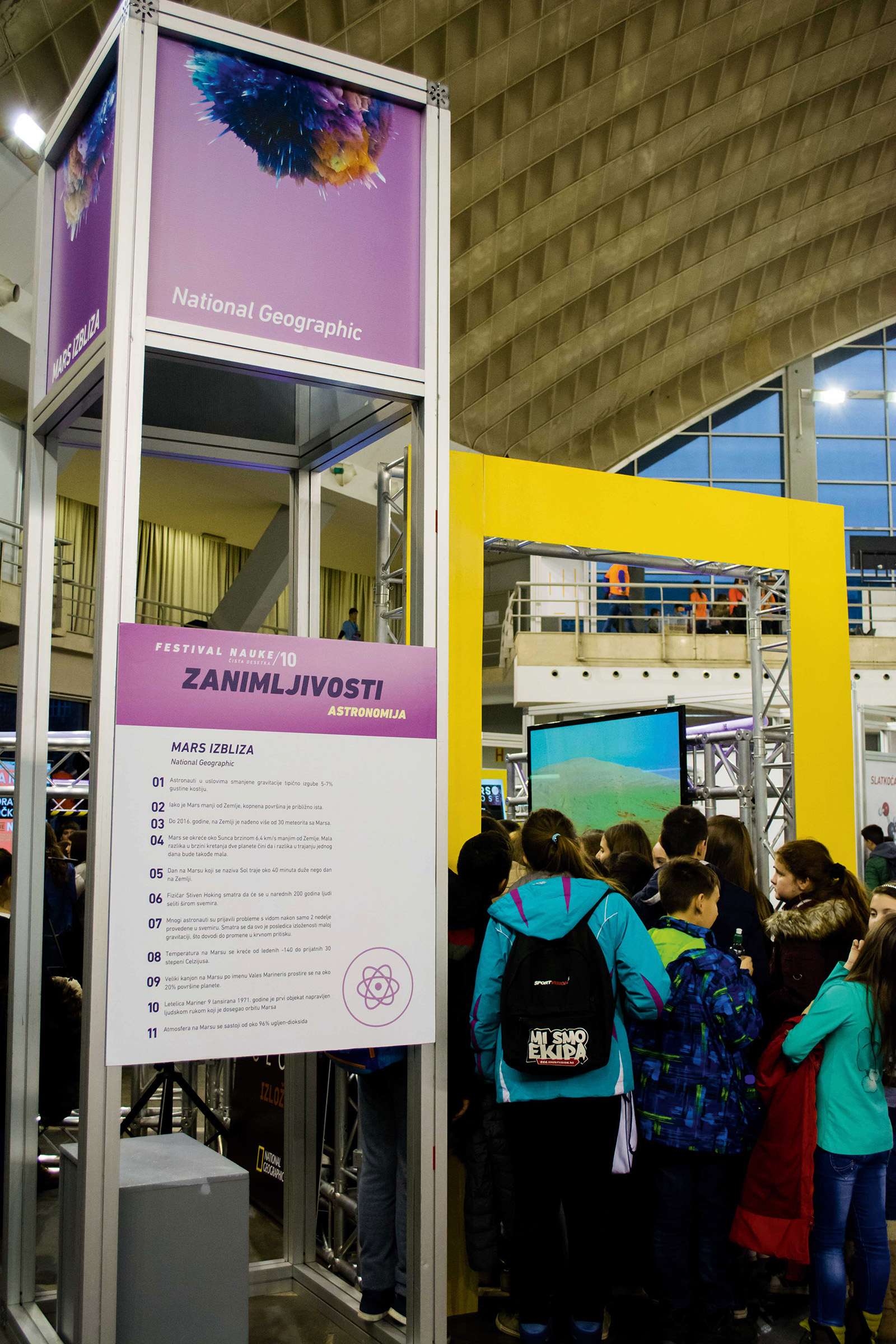 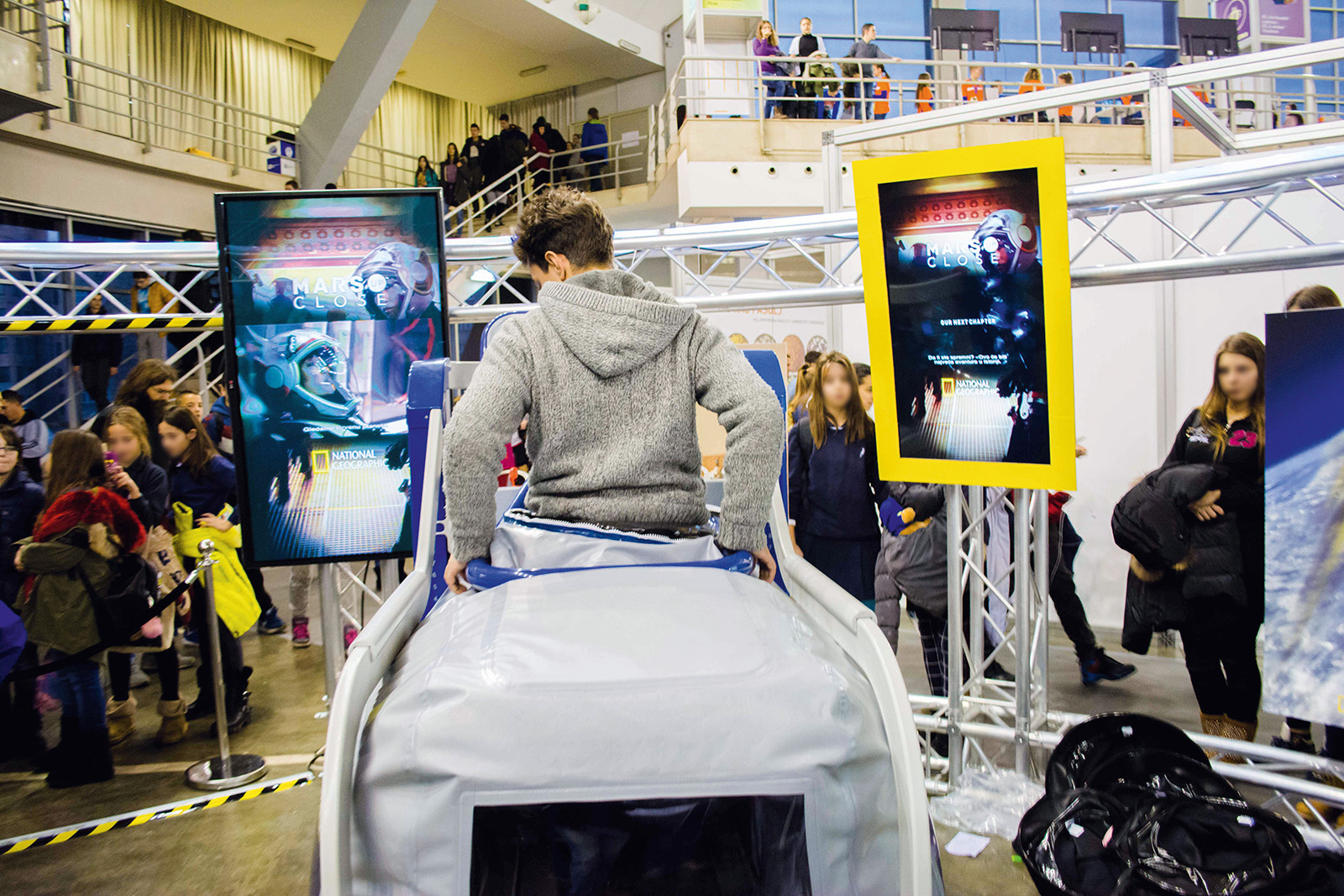