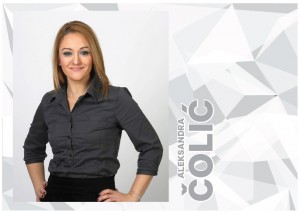 Miss Aleksandra Čolić (30) has a Bachelor degree of Economics.

The first work experience in the field of sales and advertising is acquired in travel agency, than since July 2009 she moved to Alt Press publishing house where she worked as a Marketing Manager for the magazines such as “Joly”, “Vita” and “Cica”. Since December 2010 she continued her career in the Adria Media Serbia publishing house, later namely Adria Media Group where she worked as Advertising Manager in Sensa magazine and at the same position lead clients from several industrial segments and for all other headlines. Later she took over the Story magazine where she achieved outstanding results. 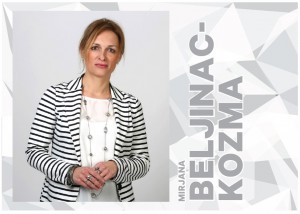 Mirjana’s career in media started in year 2002 as a Marketing Manager in Burda publishing house. After that she worked as an Account Manager  at the “Executive Group PR Agency” where she led clients from various industries. She continued her career in media “Ekonom:east Media Group” as a Director of Marketing & Advertising, than in the period of 2009-2012 she worked as a Deputy Director of the Company. Since May 2014 Mirjana is in our Company as an Advertising Director for digital media.