Kurir television reporter Alisa Oćuz has taken second place at the international festival of reportage and media INTERFER in the category of Socially Responsible Reportage, for the story titled “Humanitarian Hido Muratović”. 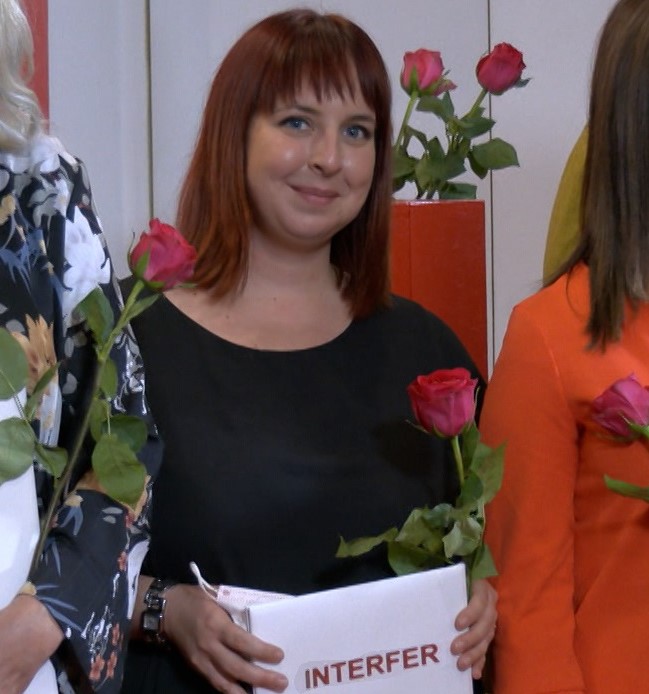 “It’s a great honour to take second place in such strong competition, at a festival as important as this. None of this would have been possible if cameraman Predrag Crvenković, editor Vanja Spasić, and myself weren’t like a family. I’m especially pleased that our team was in agreement about this story. Hido Muratović is a man whose humanity could put us all to shame. He has 50 houses, with only one his own. The rest are for, as he refers to them, ‘the forgotten people’ of Sjenica, Pešter, and Gollija. He says that a million euros has passed through his hands, but he’s kept nothing.

When this man starts to talk, what he says sounds impossible, because we forgot the meaning of humanity somewhere along the way. Strangers approach him in the street to give him money for the poor. And then you realize that nothing about him is false or fake, that he is just an honest soul who’s decided to do what few of us would even consider, and that’s the truth you’re left with. It’s a story about the level of humanity that made me cry, the sort that pushes the boundaries of what it means to be humane. I’m happy that my sincere emotion has been recognized,” Alisa said in a statement.

INTERFER was held for the 26th time, with over 200 submissions from Serbia, the Republic of Srpska, Montenegro, as well as Syria, Germany, and the Netherlands.