By taking over 100 percent of shares of European publishers, “Kurir info” is now composed of two daily newspapers, 18 magazines and 14 digital editions 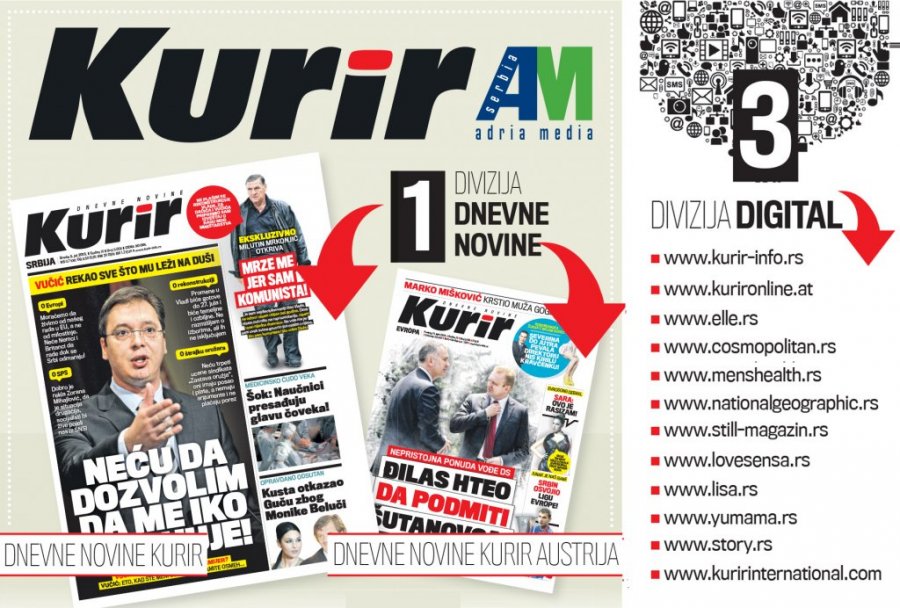 BELGRADE – We continue to grow!

With the acquisition of 100% stake in the company “Adria Media Serbia”, previously owned the leading European publishers “Sanoma”, “Styria Media” and “Gruner + Jahr” our company “Kurir info” has become the biggest media house in the Western Balkans. With this acquisition, “Kurir info” is now composed of two daily newspapers, 18 magazines and 14 digital editions.

“Kurir info” has become a leader in the segment of daily newspapers, magazines and digital publications. Some of the editions of “Adria Media Serbia”, which are now owned by “Kurir info” are Elle, Cosmopolitan, Story, Men’s Health, National Geographic, Sensa, Mama.

Significance of such an event in the business world in the Western Balkans, and beyond, best says the fact that this acquisition of “Adria Media Serbia” caught the eye of New York’s most influential financial medium – Wall Street Journal. In their article they report that companies “Sanoma” and its partners, “Gruner + Jahr” and Styria Media sold their joint venture, “Adria Media Serbia” to Kurir.

The Wall Street Journal article emphasizes that this transaction marked the withdrawal of “Sanoma” from the Serbian market.

Information was published by the Russian ‘Vedomosti’.

These reports by Worldwide newspapers that cover market analysis are not accidental -.  With takeover of “Adria Media Serbia” by “Kurir info” media company is created that has sales of 220,000 monthly copies of the magazines and is read by more then 1,100,000 readers.

The strength of “Kurir info” is best illustrated by the fact that it has an imposing monthly sales of 3.5 million copies of daily newspapers. Only the printed edition of the daily newspaper Kurir is sold in 120,000 copies, which means that Kurir has 600,000 daily readers.

How much trust our readers pay to “Kurir info” can best be seen by the fact that only in November, 8,400,000 people visited our online portal. 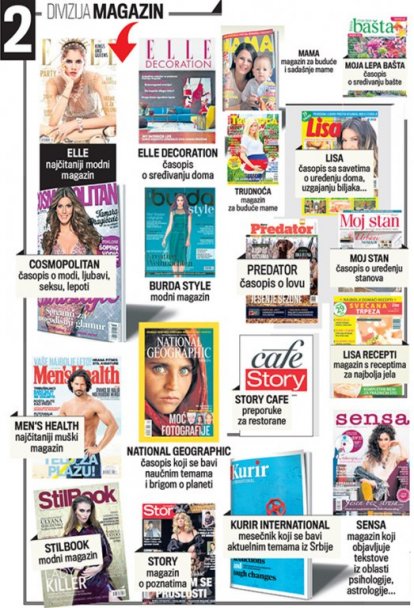 BUSINESS ENTERPRISE OF THE YEAR!

Zoran Sekulic, President of the Media Association, believes that the decision of Kurir to buy the publishing house “Adria Media Serbia” is brave move by the company’s management and business venture of the year in the market of domestic print media:

– While the circulation of print media in Serbia is falling, Kurir doubles its portfolio of print and digital newspaper editions, with the ambition to lead the new concept of information and catch up with modern trends in the field of publishing. The Media Association welcomes this business move of one of its members.