To mark the International Day for Tolerance, annual media awards were handed out for best media articles and stories about fighting discrimination and promoting tolerance and equality. Espreso Editor Jelena Jovanović placed third in the Online Media category.

She was awarded for her article about the status of the LGBT community in Serbia, titled “Is the Serbian society homophobic? US Ambassador Anthony Godfrey and advocates of LGBT rights reveal the truth!”

“I’m greatly honoured to receive this award. The Espreso portal always sides with ‘ordinary’, disenfranchised people. Fighting for their rights has been the foundation of our editorial policy from the get-go. Fighting for the LGBT community’s rights has a special place in this effort. The award that I’ve received today is also an award for our continued fight for the equality of everyone in Serbia. It will motivate both me personally and everyone across the board to keep focusing on such topics in the future as well,” Jelena said in a statement. 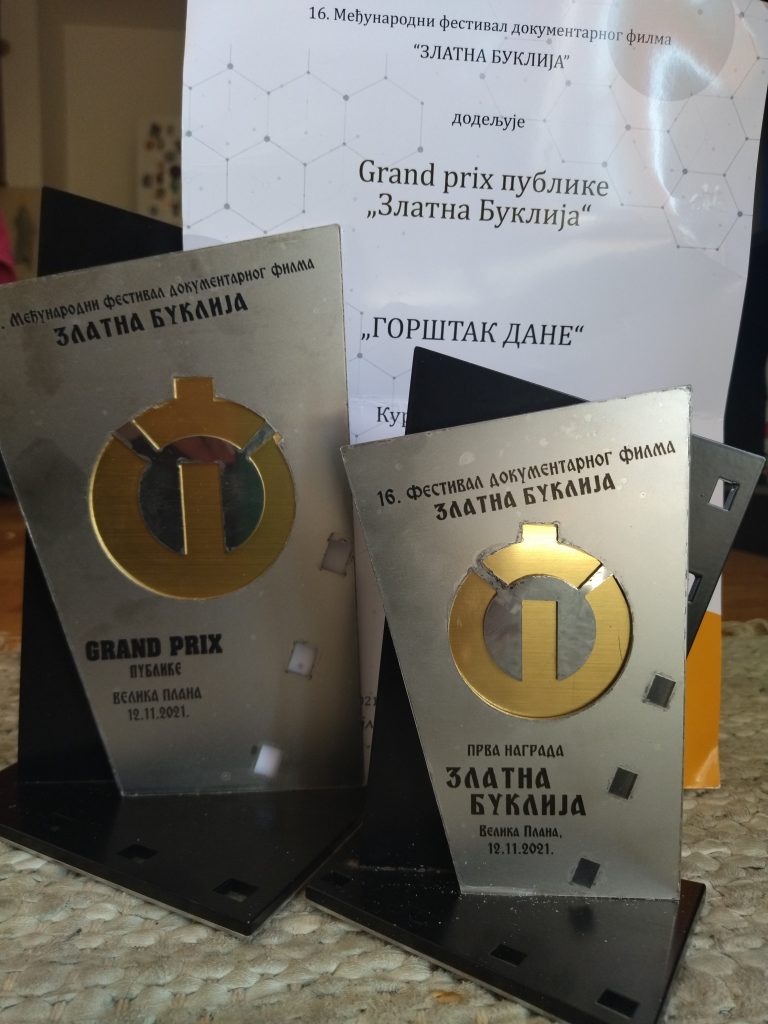 Reporter Alisa Oćuz, cameraman Predrag Crvenković, and editor Vanja Spasić attended the award ceremony. Ms Oćuz said in a statement, “I’m glad that this story has received the audience award but, given that it’s raked up a million views on YouTube, it doesn’t come as that much of a surprise; rather, it is a confirmation that we’re on the right track. It’s a story of a young man who lives his mountain-dwelling life in a village on Mount Golija. It was very challenging climbing up to where Dane lives. After a couple of hours of driving on a macadam road and then going on foot for a bit, we reached the top of the mountain. Dane was there, waiting for us and smiling. Behind him was a rainbow the likes of which we had never seen before. As we search for good stories, sometimes we do reach the rainbow.”